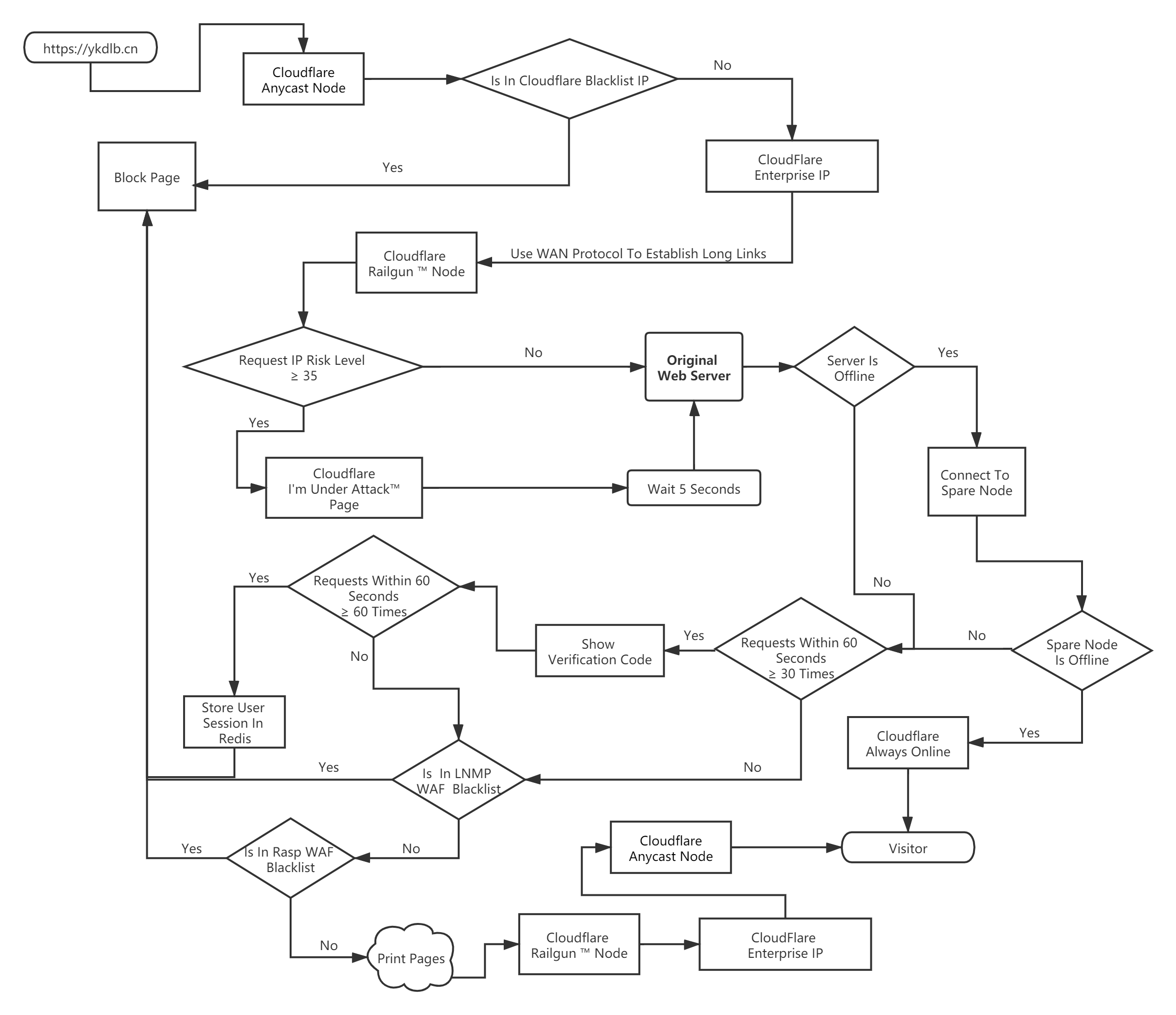 A distributed denial-of-service (DDoS) attack is a malicious attempt to disrupt normal traffic of a targeted server, service or network by overwhelming the target or its surrounding infrastructure with a flood of Internet traffic. DDoS attacks achieve effectiveness by utilizing multiple compromised computer systems as sources of attack traffic. Exploited machines can include computers and other networked resources such as IoT devices. From a high level, a DDoS attack is like a traffic jam clogging up with highway, preventing regular traffic from arriving at its desired destination.

1.0.1 How does a DDoS attack work?
A DDoS attack requires an attacker to gain control of a network of online machines in order to carry out an attack. Computers and other machines (such as IoT devices) are infected with malware, turning each one into a bot (or zombie). The attacker then has remote control over the group of bots, which is called a botnet.

Once a botnet has been established, the attacker is able to direct the machines by sending updated instructions to each bot via a method of remote control. When the IP address of a victim is targeted by the botnet, each bot will respond by sending requests to the target, potentially causing the targeted server or network to overflow capacity, resulting in a denial-of-service to normal traffic. Because each bot is a legitimate Internet device, separating the attack traffic from normal traffic can be difficult.

A botnet refers to a group of computers which have been infected by malware and have come under the control of a malicious actor. The term botnet is a portmanteau from the words robot and network and each infected device is called a bot. Botnets can be designed to accomplish illegal or malicious tasks including sending spam, stealing data, ransomware, fraudulently clicking on ads or distributed denial-of-service (DDoS) attacks.

While some malware, such as ransomware, will have a direct impact on the owner of the device, DDoS botnet malware can have different levels of visibility; some malware is designed to take total control of a device, while other malware runs silently as a background process while waiting silently for instructions from the attacker or “bot herder.”

Self-propagating botnets recruit additional bots through a variety of different channels. Pathways for infection include the exploitation of website vulnerabilities, Trojan horse malware, and cracking weak authentication to gain remote access. Once access has been obtained, all of these methods for infection result in the installation of malware on the target device, allowing remote control by the operator of the botnet. Once a device is infected, it may attempt to self-propagate the botnet malware by recruiting other hardware devices in the surrounding network.

While it's infeasible to pinpoint the exact numbers of bots in a particular botnet, estimations for total number of bots in a sophisticated botnet have ranged in size from a few thousand to greater than a million.

1.1.1 Why are botnets created ?
Reasons for using a botnet ranges from activism to state-sponsored disruption, with many attacks being carried out simply for profit. Hiring botnet services online is relatively inexpensive, especially in relationship to the amount of damage they can cause. The barrier to creating a botnet is also low enough to make it a lucrative business for some software developers, especially in geographic locations where regulation and law enforcement are limited. This combination has led to a proliferation of online services offering attack-for-hire.

1.1.2 How is a botnet controlled ?
A core characteristic of a botnet is the ability to receive updated instructions from the bot herder. The ability to communicate with each bot in the network allows the attacker to alternate attack vectors, change the targeted IP address, terminate an attack, and other customized actions. Botnet designs vary, but the control structures can be broken down into two general categories.

1.1.3 The client/server botnet model
The client/server model mimics the traditional remote workstation workflow where each individual machine connects to a centralized server (or a small number of centralized servers) in order to access information. In this model each bot will connect to a command-and-control center (CnC) resource like a web domain or an IRC channel in order to receive instructions. By using these centralized repositories to serve up new commands for the botnet, an attacker simply needs to modify the source material that each botnet consumes from a command center in order to update instructions to the infected machines. The centralized server in control of the botnet may be a device owned and operated by the attacker, or it may be an infected device.

A number of popular centralized botnet topologies have been observed, including:

In any of these client/server models, each bot will connect to a command center resource like a web domain or an IRC channel in order to receive instructions. By using these centralized repositories to serve up new commands for the botnet, an attacker simply needs to modify the source material that each botnet consumes from a command center in order to update instructions to the infected machines.

Hand-in-hand with the simplicity of updating instructions to the botnet from a limited number of centralized sources is the vulnerability of those machines; in order to remove a botnet with a centralized server, only the server needs to be disrupted. As a result of this vulnerability, the creators of botnet malware have evolved and moved towards a new model that is less susceptible to disruption via a single or a few points of failure.

1.1.4 The peer-to-peer botnet model
To circumvent the vulnerabilities of the client/server model, botnets have more recently been designed using components of decentralized peer-to-peer filesharing. Embedding the control structure inside the botnet eliminates the single point-of-failure present in a botnet with a centralized server, making mitigation efforts more difficult. P2P bots can be both clients and command centers, working hand-in-hand with their neighboring nodes to propagate data.

Peer to peer botnets maintain a list of trusted computers with which they can give and receive communications and update their malware. By limiting the number of other machines the bot connects to, each bot is only exposed to adjacent devices, making it harder to track and more difficult to mitigate. Lacking a centralized command server makes a peer-to-peer botnet more vulnerable to control by someone other than the botnet’s creator. To protect against loss of control, decentralized botnets are typically encrypted so that access is limited.

1.1.5 How do IoT devices become a botnet?
No one does their Internet banking through the wireless CCTV camera they put in the backyard to watch the bird feeder, but that doesn't mean the device is incapable of making the necessary network requests. The power of IoT devices coupled with weak or poorly configured security creates an opening for botnet malware to recruit new bots into the collective. An uptick in IoT devices has resulted in a new landscape for DDoS attacks, as many devices are poorly configured and vulnerable.

If an IoT device’s vulnerability is hardcoded into firmware, updates are more difficult. To mitigate risk, IoT devices with outdated firmware should be updated as default credentials commonly remain unchanged from the initial installation of the device. Many discount manufacturers of hardware are not incentivized to make their devices more secure, making the vulnerability posed from botnet malware to IoT devices remain an unsolved security risk.